Hello everyone! Thanks for reading my series on my mission trip to the Dominican Republic. I hope you’re enjoying it so far! Be sure to check out Part 1 and Part 2 if you missed them!

Each day after working around the compound, we girls were free to go outside and play with all the kids. Usually, the kids had also just finished a day of work, either having spent the day doing chores or attending school. Despite the long day they had just finished, their energy was endless when we went out to play with them!

The NPH kids really spent the majority of their free time playing outside. Only occasionally did some of the older kids stay cooped up inside watching movies. For the most part, these kids preferred running around and playing games outdoors ~ and they were always eager for us to join them.

Outside on the grounds they had a basketball court, a volleyball net, picnic tables, seesaws, and play structures available for use, along with dozens of basketballs, volleyballs, soccer balls, and other toys. Sometimes we would play big group games of volleyball or kickball, which kids (older and younger) as well as volunteers participated in.  Those were always great games because they are easy and fun, they could get large numbers of kids involved, and the only communication needed was cheering and high-fives.

Monkey-in-the-middle and catch were popular games among some of younger school-aged kids. On several different occasions, a friend and I spent a good couple hours playing such games with a small group of just one to three kids. I think the relatively undivided attention in these cases made those few kids feel special.

A favorite pastime among all the age groups was dancing ~ and let me tell you, all of those kids had some moves! Our first full day with them happened to be the twelve-year anniversary of NPH Dominican Republic, and to celebrate, they threw a big party that lasted the whole day. And a large portion of the day was spent dancing! They blasted a combination of Spanish and English songs over loud speakers while the kids danced away, and we happily joined in. It was quite a fun day, especially for the kids. 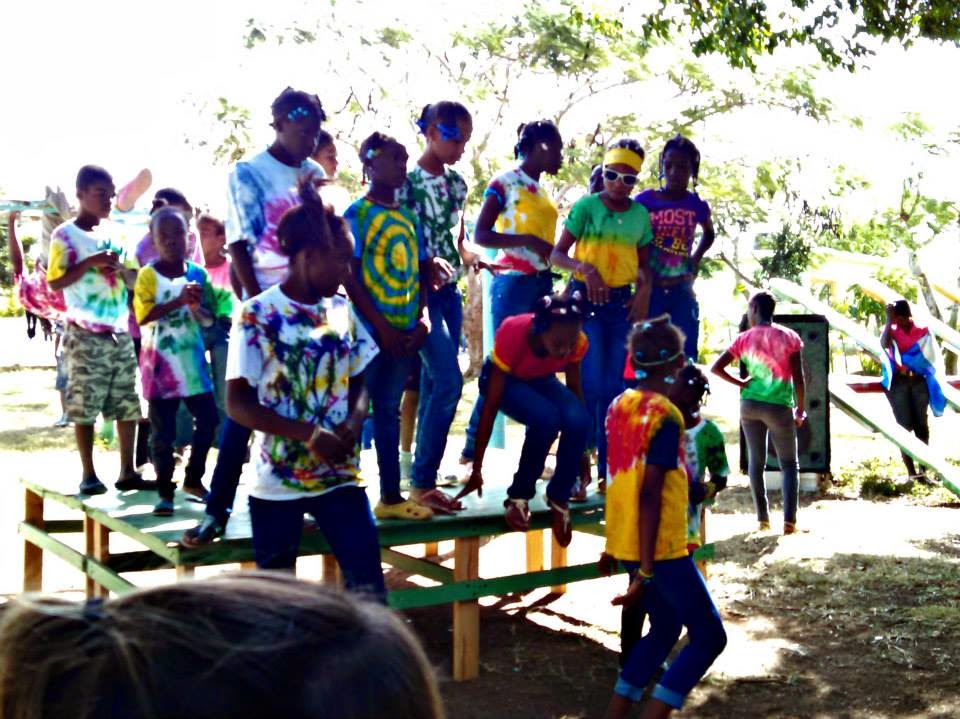 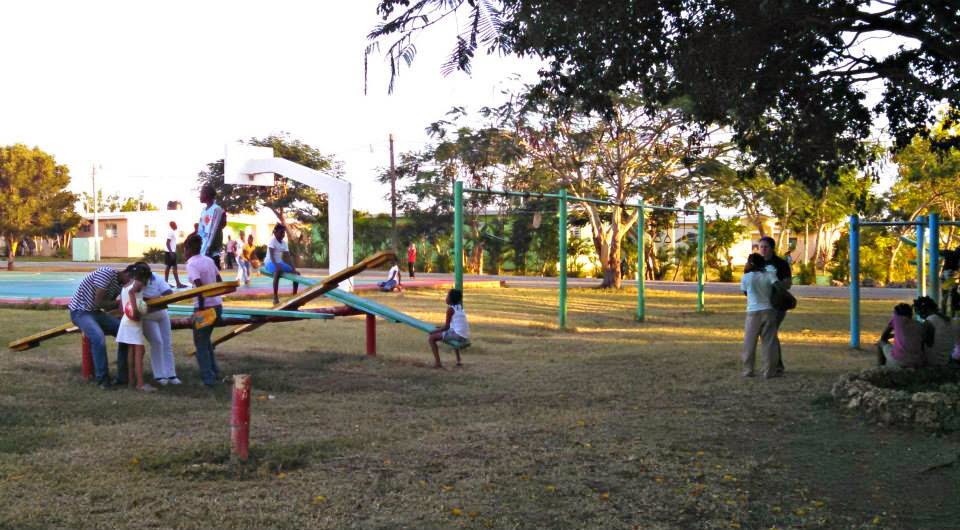 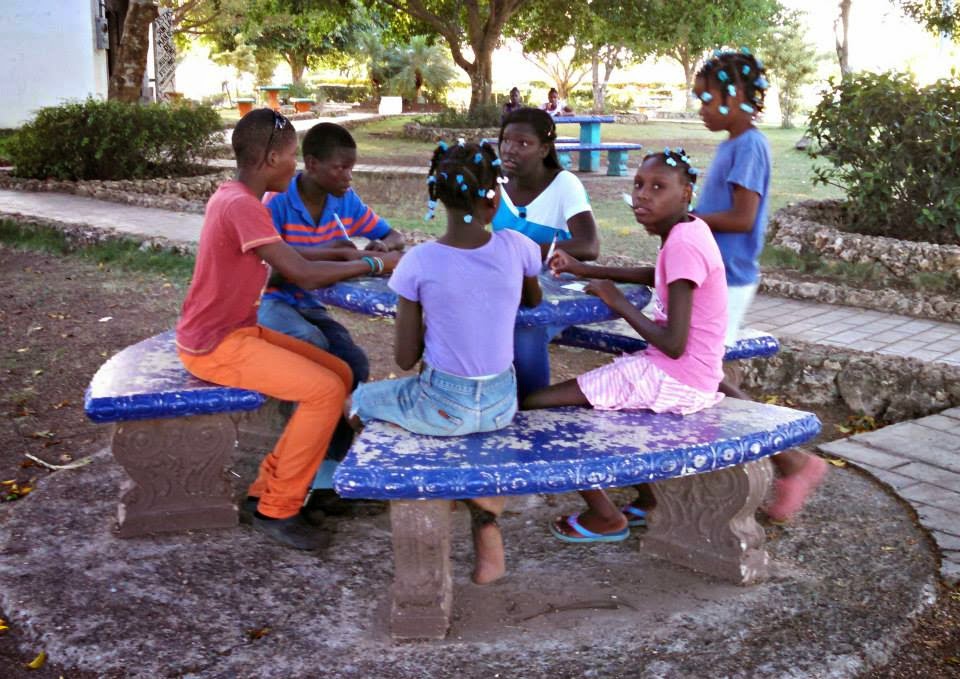 For as much fun as we all had with these precious children, sometimes I couldn’t help but be pained by the language barrier. The only Spanish I know consists of whatever I retained from the one semester of beginner Spanish I took a year or so ago. And the majority of the NPH kids didn’t know any English (although some of the older kids knew some basics).

I was able to tell the kids my name, my age, that I liked something, and other basic information in Spanish. I could ask them how they were doing, where someone or something was, and some other basic questions. But beyond these simple, conversational phrases, I was pretty much unable to converse with the kids. There were so many times when I wanted to say or ask them something, but I couldn’t. Thankfully, two girls in our group were fluent Spanish speakers, and they frequently acted as translators, which helped the rest of us immensely! However, I still found myself wishing that I could hold a real conversation with the kids, and get to know them more personally.

Even with the language barrier though, we girls and the kids were still able to communicate ~ in a different, more special way. We conversed and got to know each other in an unspoken language. Despite the fact that I spoke hardly any Spanish and the kids barely knew English, I was still able to play games with them, dance with them, give them piggyback rides. They could grab me by the hand and show me something, and I could smile and clap in response. I could sit at the table with them and we could enjoy lunch together.

All of these human interactions don’t always require spoken communication. They can be shared and understood by people of any tongue. The fact that the kids and I couldn’t communicate verbally didn’t always matter. Laughter, smiling, and play really are universal languages. With them, it’s possible to exchange love and joy with people regardless of what language you speak.

This unspoken communication allowed us to connect with these beautiful children and create joyful memories with them that I won’t soon forget. 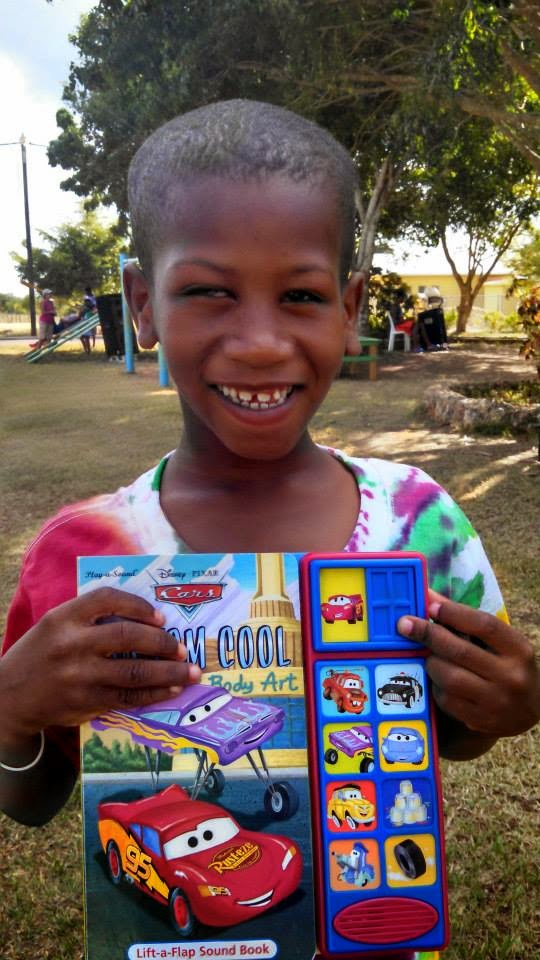